News from reliable sources / Re: Wish delux ready to preord...

News from reliable sources / Re: Wish delux ready to preord...

Something else / Re: Memorable movie scene

Something else / Re: Russia attacks Ukraine

Something else / Re: What's On Your Mind Atm??

Last post by MeltingMan - August 06, 2022, 10:30:53
I deliberately omitted names. Nobody in the forum should feel addressed personally.

QuoteThe person waits until you are eye to eye.

Depends on what you mean by "eye to eye". A partner who works overtime and is therefore rarely at home? Or someone who says yes to everything, including maybe a joint bank account and marriage contract? Isn't the world of work and relationships being redefined, even against the resistance of lobbyists and interest groups, and what does that have to do with love?...
#6

Something else / Re: Happy today because....

(Well not all alone; there was an audience of 6,000 people and his band waiting in the wings) 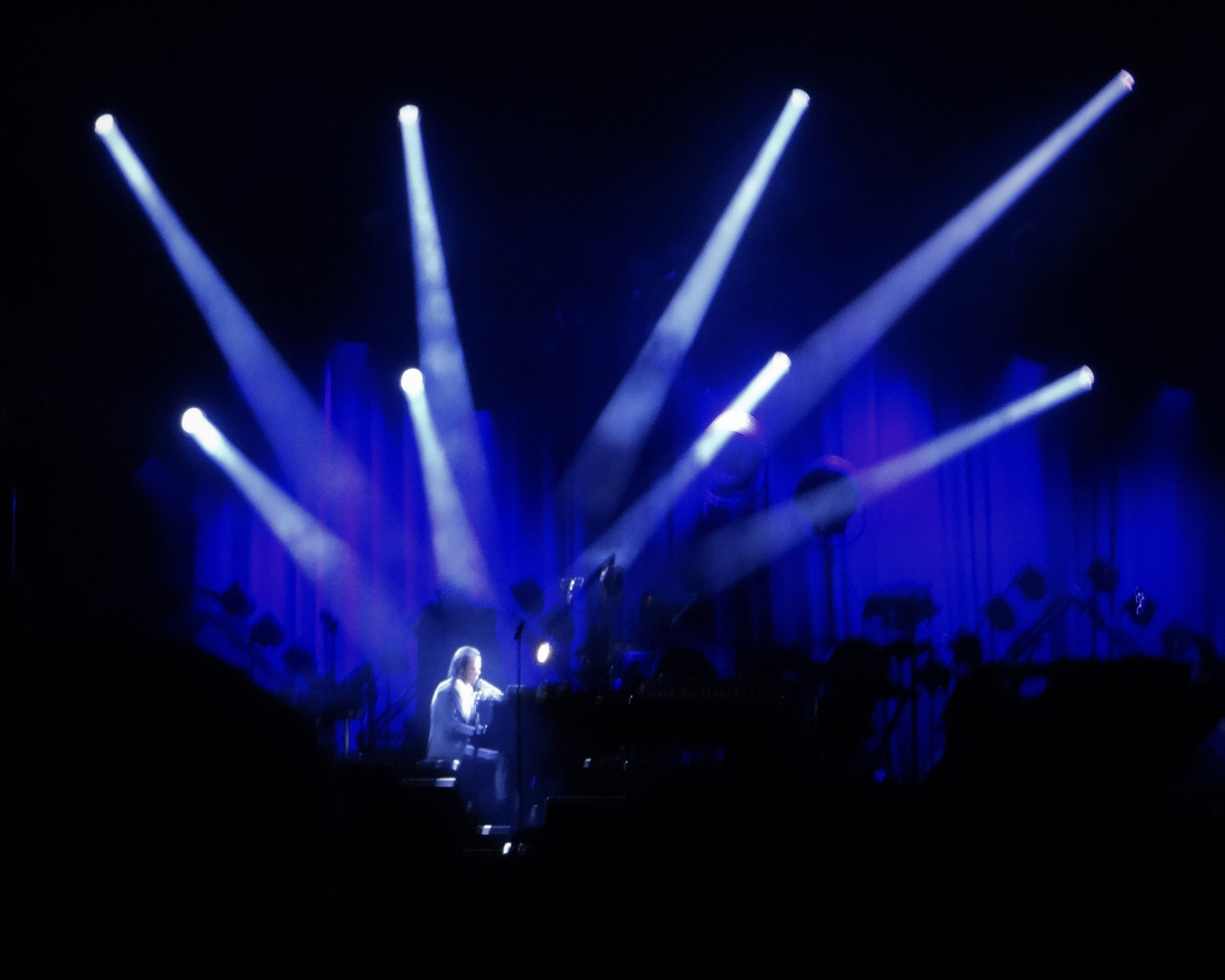 The concert was very good, very emotional (for me at least). Never saw Nick Cave & the Bad Seeds before, so it was about time. Before I went to the Palace, I had a look around town (nice). Soundcheck was done while I was near, it was good to hear a short instrumental part of "Carnage" being played, as I was hoping for stuff from this album (it's "only" Nick Cave & Warren Ellis on the album, so I wasn't sure if Bad Seeds concerts were going to include this, but seeing Warren Ellis is part of the band, of course they did)!

It was a very hot day, first thing Nick Cave told us (after a "hello" and "thank you") was "It's f***in' hot" then (I assume someone shouted something) "No, the jacket stays on".

They started with "Get Ready for Love" and "There she goes, my beautiful world" (both from "Abattoir Blues" 2004), then an old one "From Her To Eternity", then "O Children" (from "The Lyre of Orpheus, also 2004!). Many favourites were included (although Nick Cave released so many albums, he could play for five hours and there'd still be songs missing). One of the many highlights was "Jubilee Street", which started slower than the studio version, then transforming into a faster and rocking version! Nick Cave on piano performed "I Need You", which brought tears to my eyes...
Hits like "The Mercy Seat" and "Henry Lee" were also in the setlist of course.

"Mermaids" was one of the encores, apparently they hadn't played it for years, but it went well. The show went on for about two and a half hours. Some people left after the first encore, which gave me the chance to move a bit closer to the stage. (The setting in the court of the Palace was perfect anyway.)

Last post by MeltingMan - August 03, 2022, 10:31:14
I am currently reading Réponse à Tolstoï from 1898. Peladan refers, among other essays, to an article by Tolstoï in the Journal des débats of October 30, 1896. Here is the last paragraph. Fortunately, all sources are digitized and accessible online, but must be understood in the historical context. Van der Veer had objected to being drafted into the National Guard.

Quote from: Léon TolstoïVan der Veer's refusal to obey will necessarily be followed by similar and increasingly frequent refusals. As soon as the number of these refusals is considerable, the men who, only yesterday, claimed that life without war is impossible, these same men, and they are legion, will say that for a long time already they have been proclaiming the folly and the immorality of war, and advising everyone to behave as van der Veer behaved. And then of the war and the army in the form in which they now exist, there will remain only the memory. And those times are near.