Something else / Re: Happy today because....

Last post by SueC - Today at 13:20:55
Happy today because we did our annual mountain climb in honour of Brett's birthday, which is actually tomorrow, but today was his day off.  Considering how tired we've been, it was a minor miracle we managed to drag ourselves out of bed this morning to do this, but we had a fabulous day, and have recovered well.

We headed for Mt Hassell, in the Stirling Ranges - it's always the birthday person's choice.  Good choice.  The Stirling Ranges had a horrific wildfire in the summer gone by - a very hot fire that ripped through much of the National Park.  It's nice to see the flora beginning to recover - Australian sclerophyll is very fire-adapted - but with such an extensive and hot burn, the fauna will be having a hard time with recovery, and a few more extinctions are quite likely as a result unfortunately.  This is mostly because for the past 200 years, Aboriginal people have been off the land post-dispossession, and they previously managed the sclerophyll actively by doing small-patchwork, mostly cool burning (Brett and I do exactly this in the on-farm nature reserve we steward), which reduced the fire hazard through reduction on fuel loads as well as the heterogeneity in the landscape creating buffer zones instead of a large area with equally high fuel loads.  It also suited the native fauna very well - Tim Flannery (Australian ecologist) reckons one of the main reasons for the horrific rate of mammal extinctions in Australia is the removal of the Aboriginal fire management patterns - and obviously, large-scale clearing of native vegetation for agriculture and "development" - but I digress.

We hope you enjoy the following photos of the climb - and if you want to see the full set, just click on any photo to take you to the Flickr photopage.

The earth was tilting strangely when we got there: 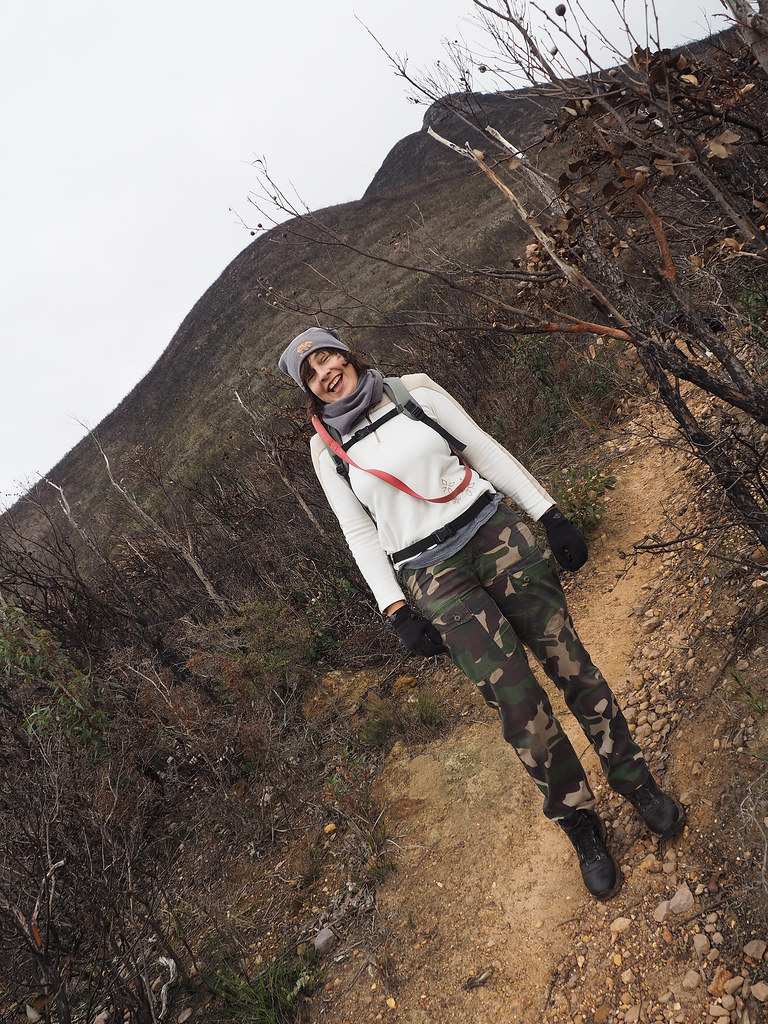 This is Kingia australis, and it's producing seed heads like mad because it's trying to get the next generation into the ground after the fire - now that there's space and light, and nutrients available from the ash: 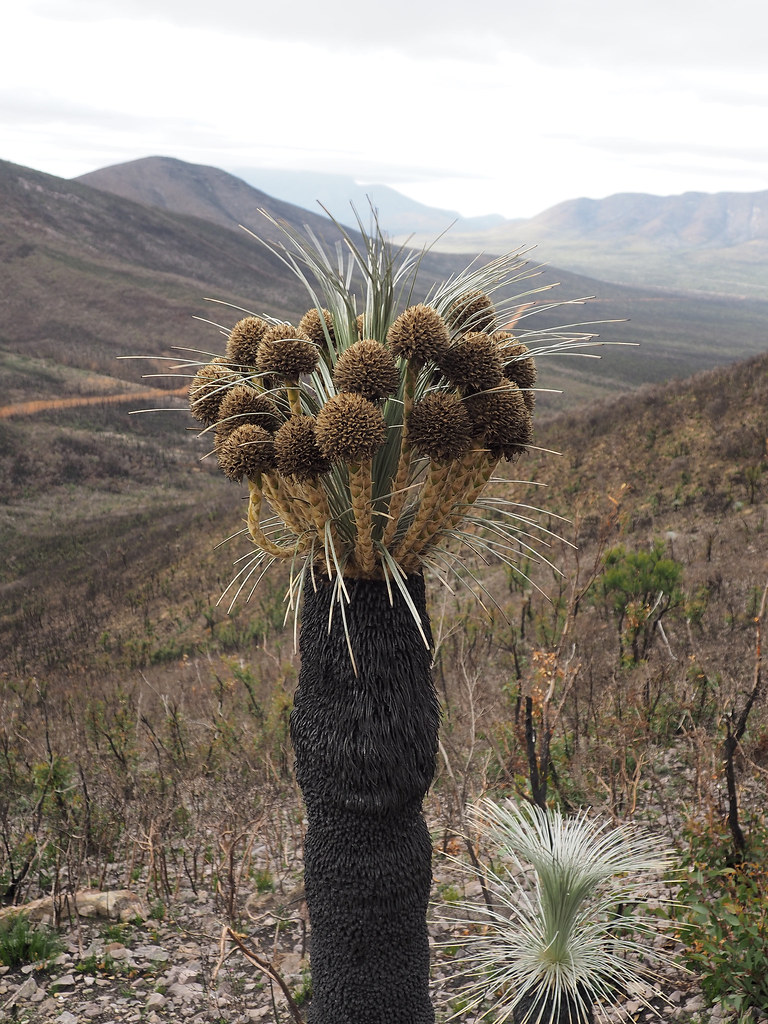 I'm still smiling because the walk hasn't actually killed me: 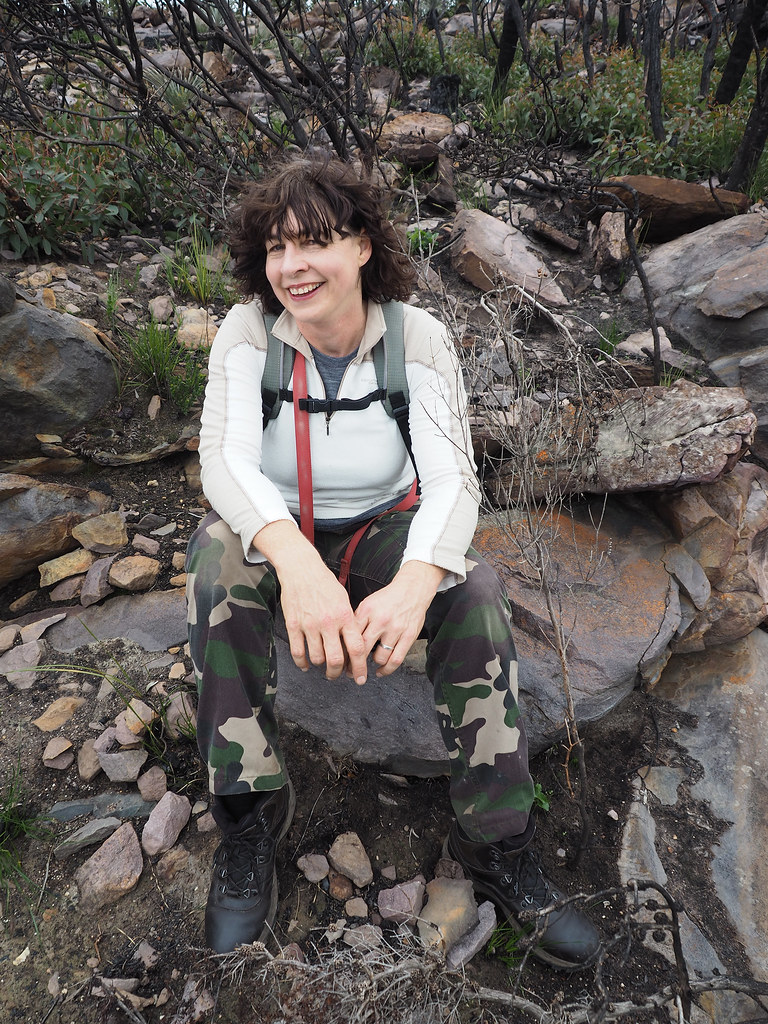 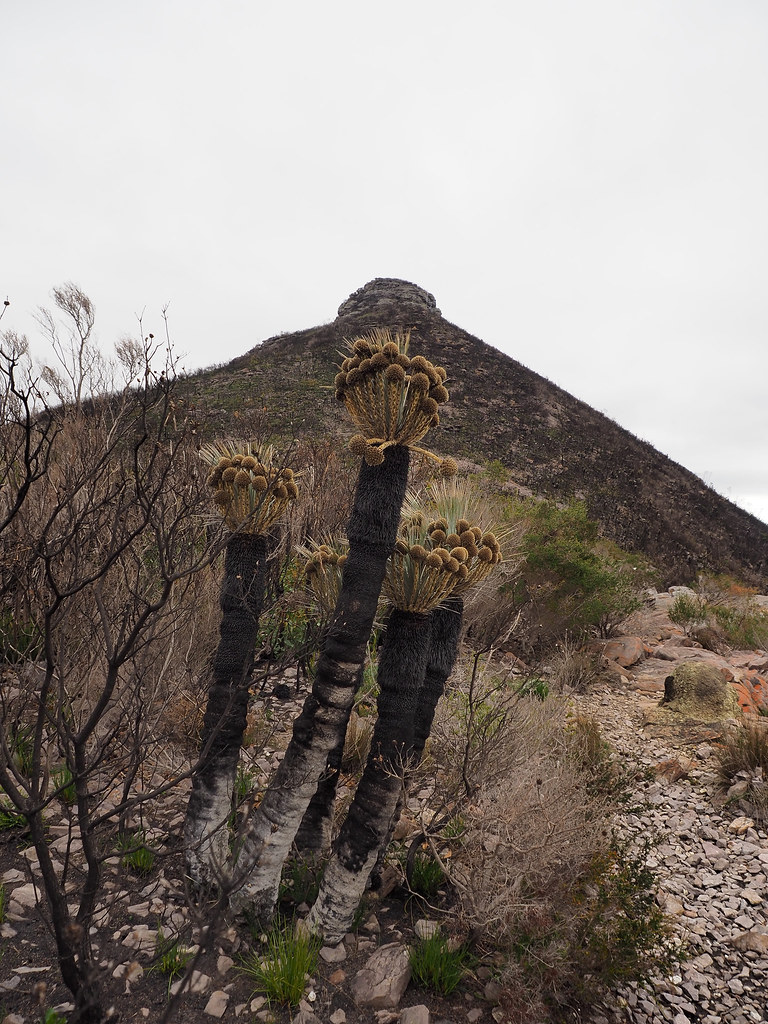 Brett with Kingias, on the ridge.  These were totally burnt black and what you see is half a year's regrowth of their leaves, plus new seed heads.  If you look closely, you can see how the prior leaves were burnt off just below the new leaves - the black "beard" is their remains, burnt short and blackened.  Kingia stems grow around 1.5cm a year, so you can work out how old these plants are if I tell you Brett is 173cm tall! 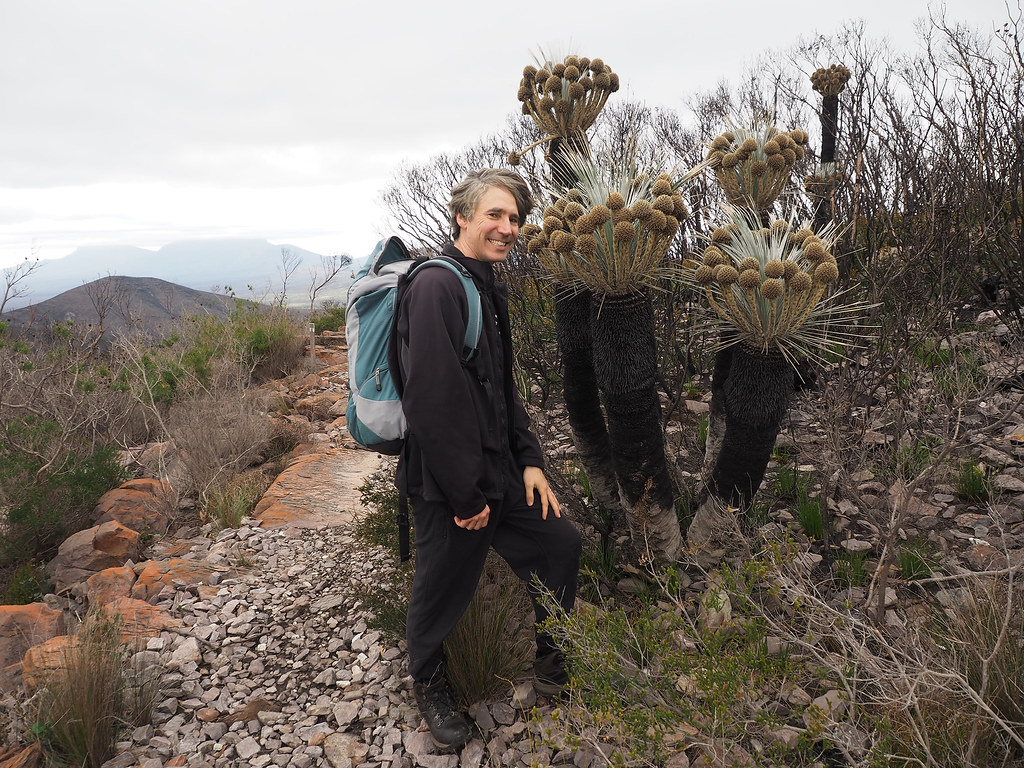 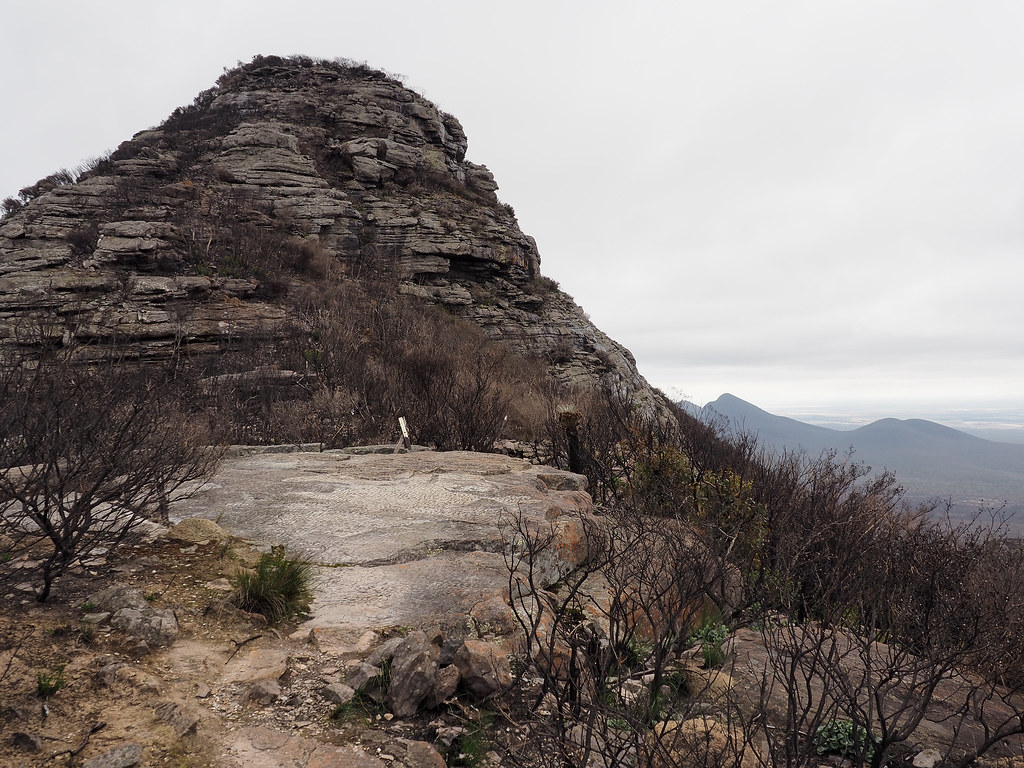 Brett and Jess back on the ridge on the descent, with Mt Trio to the left in the background (a really nice one to climb in spring because it's bursting with Darwinias and other amazing wildflowers only found in this area). 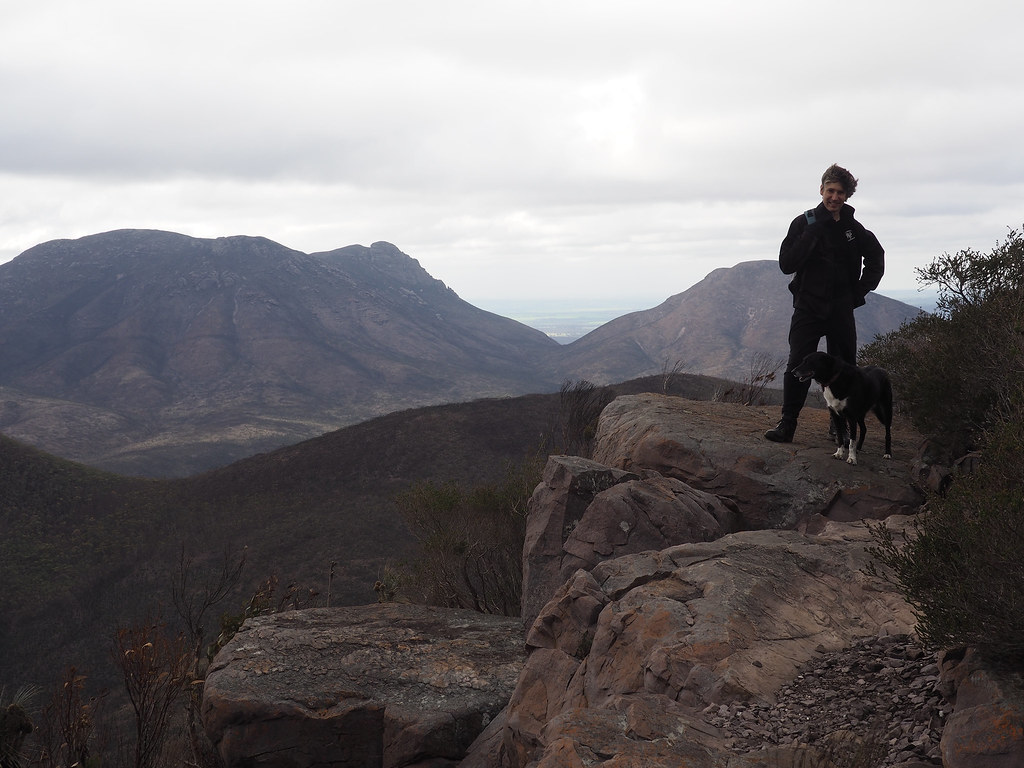 And for comparison, three photos from the same mountain trail, a few years ago, also mid-winter, before the wildfire: 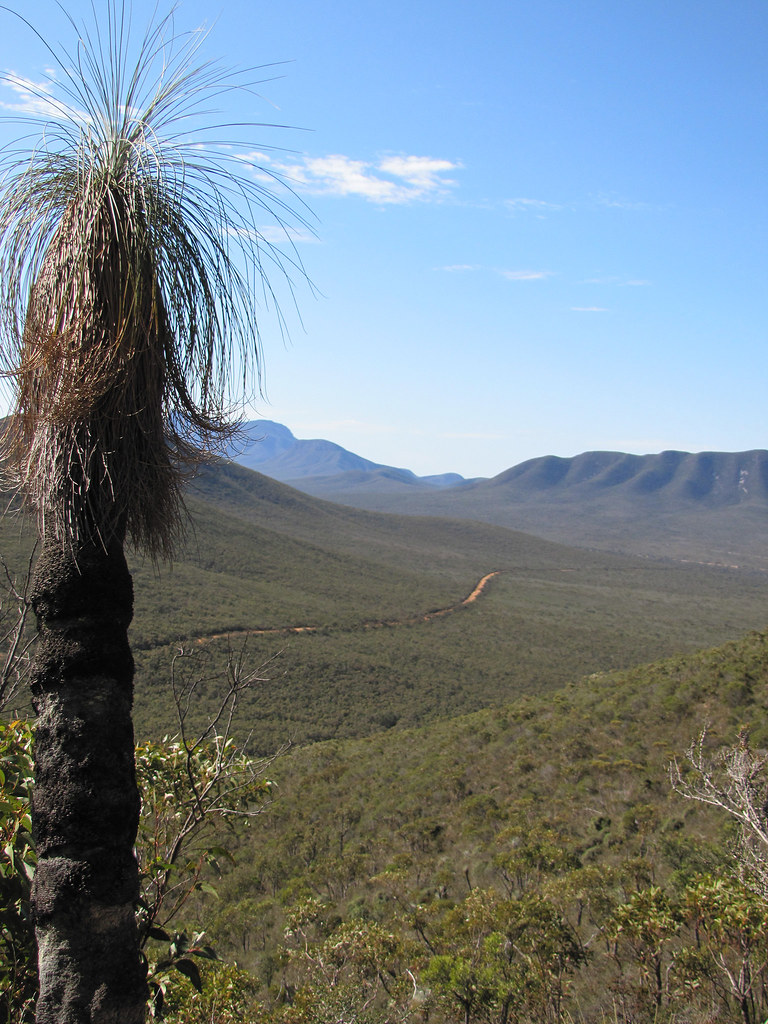 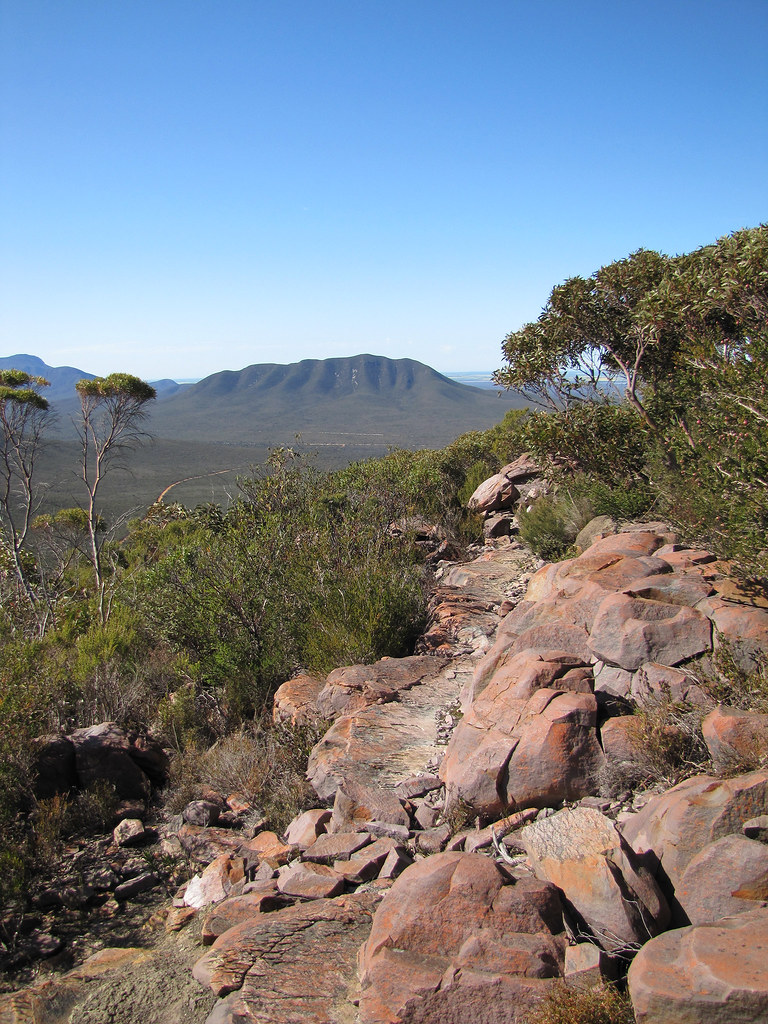 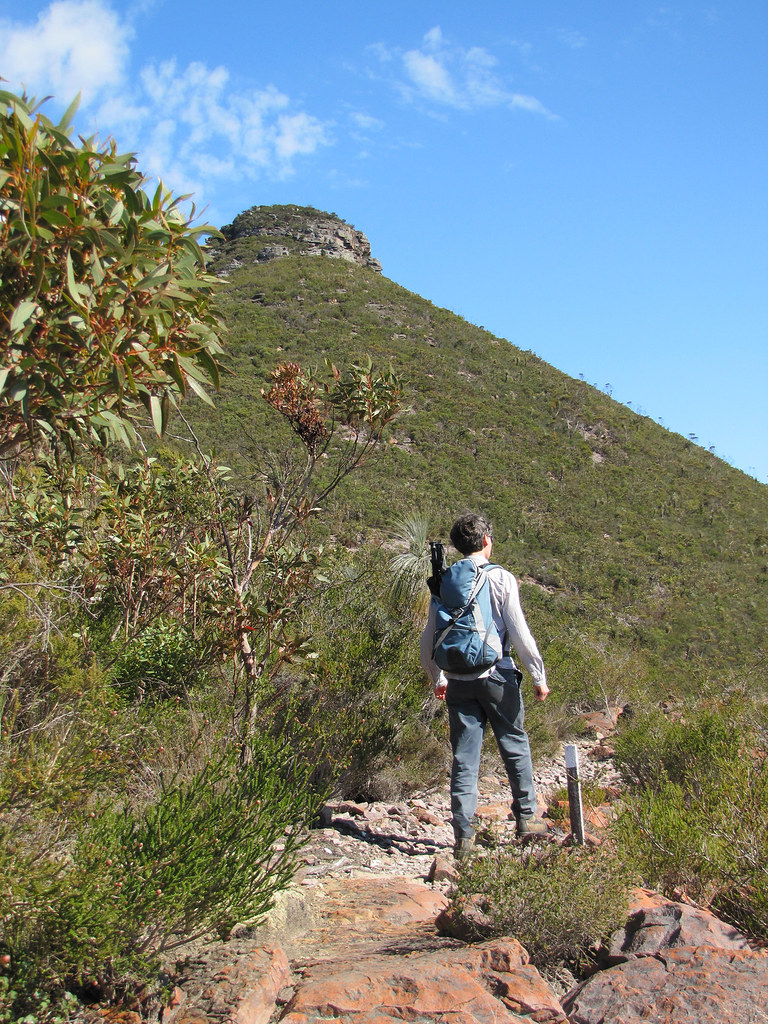 Music and Lyrics / Re: Exploring the Back Catalog...

I still buy and listen to albums. Most of mp3/streaming/yt is okay to "test" something a little bit (like "is this kind of music made for me?"), but soundwise almost everything else (cd, vinyl) is much better.

Yes, a lot of the people who grew up with albums still really value them - as do some from the new generations.  Which reminds me, when we last went through our local second-hand shop (their book section alone almost rivals our local library) we came across an LP section, which was not all secondhand - they actually had new copies of both Disintegration and 4:13 Dream ($55 each), as well as lots of Nick Cave, Jesus & Mary Chain and all the usual alternative suspects.  As we were remarking to each other, this bearded bloke with bloodhound eyes said to us, "Are you just looking or are you serious?" and I pinged back a, "Just looking!" - which made his face all sad, but we were rushing from A to B at the time.  The face stayed with me and my imagination started going to work, and now I feel really bad.  He may well have been the curator of that LP collection and an alternative enthusiast in our rural town which is infamous for having the highest percentage support for the white supremacist One Nation party in Australia - and here we were possibly adding to his existential disappointment.  So next time, I'm going to make a point of chatting to him.

@Ulrich, you're quite right too about the usefulness of those new media for sampling - one of the lovely things I was finding when doing music projects with high schoolers post 2000 is that many had such a breadth of interest - a far wider spread of genres and also time periods than we'd had ourselves when we were in school.  Boys were listening to and writing about Pink Floyd, and I remember a conversation with one of them:  "Wow, you're listening to Pink Floyd, and when I was at high school they'd been around seemingly forever so only a few music nerds in my class were listening to them back then."  He said, "I was sampling my Dad's collection and you know, he actually has some really good stuff we can both enjoy.  Also, I can take tours through music online etc and I like digging around!"  Which led to a class discussion on the apparent reduction in generation gap, with popular culture.  In the 80s a lot of my classmates were turning up their noses and going, "That's so old!" even with stuff released five years earlier, and nowadays a lot of young people are listening to that same stuff which is now 30 years old to them, and going even further back.  They're much more well-rounded.

I think one of the barriers when I was in school was that a lot of the "old" music sounded terrible technically - not just the snapcracklepop of vinyl records no matter how much cleaning film you put on them (so young me eventually turned most of mine into frisbees and bought CD versions), but going further back, recordings in mono and with the high end of the dynamic range missing - and of course, much of that has now been cleaned up and re-mastered, removing that barrier.  Of course, CDs before the loudness wars were so much better - it's been very sad to see the quality of music recordings take an unnecessary backward step with this ridiculous phenomenon.

Quote from: SueC on July 14, 2020, 05:17:12Plus, I actually tend to dislike a couple of tracks on Disintegration because I'll be listening to the lyrics and finding myself going, "Oh please, this really is the wallowings of a still comparatively immature person!"

Oh. Well I guess I was/am/will be immature enough to always like this album!

I would say that you were first listening to this album as a young person and therefore really relating to a lot of the emotions on it, since they were concerns naturally matched to that phase in life etc.

Whereas I first listened to this album in midlife, and though it is one of my favourite albums as well, I don't quite have the same patience for what I now consider, rightly or wrongly, to be self-inflicted misery, which is the impression I have of two songs on that album (and I'm not going to tell you which ones!

).  And I will say that often human beings are most impatient with things in others that they struggle with themselves, or have struggled with themselves in the past!

So if I'm making those comments about those lyrics, it's probably because I kicked myself up my own rear end at some stage for thinking like that.

And because it was IMO a good thing that I kicked myself up my own rear end for thinking like that, and it led to measurable improvements in my own life.

Which is not to say that this can be extrapolated to other people's lives, of course...

QuoteOf course I'm well aware that musically KM KM KM is a great album and much more "varied" than "Disintegration" - however emotionally the latter is just "it".

Yes, it's very good.  But I did hear about the mountain of beer cans (never mind the cocaine budget) and I swear you can hear it in some of the songs!

Last post by SueC - Today at 01:04:18
Do you know what, @Ulrich?  I actually nominated that one on their website yesterday and got a message back that it was "unsuitable"...  Ha.  Seemed to be a perfect example to me.

Something else / Re: How are you staying sane(i...

QuoteResidents and carers at a north London care home have been recreating classic album covers to keep themselves occupied during the lockdown.

Sydmar Lodge Care Home, in Edgware, was closed to visitors on 12 March so staff have been organising activities to keep those living there entertained.

Music and Lyrics / Re: Exploring the Back Catalog...

I still buy and listen to albums. Most of mp3/streaming/yt is okay to "test" something a little bit (like "is this kind of music made for me?"), but soundwise almost everything else (cd, vinyl) is much better.

For many of us, our favourite albums (and books, and poems, and cartoons etc) will always remain the ones which really spoke to us at crucial times - pieces of art that were a friend when we were sorely in need.

Quote from: SueC on July 14, 2020, 05:17:12Plus, I actually tend to dislike a couple of tracks on Disintegration because I'll be listening to the lyrics and finding myself going, "Oh please, this really is the wallowings of a still comparatively immature person!"

Oh. Well I guess I was/am/will be immature enough to always like this album!

Of course I'm well aware that musically KM KM KM is a great album and much more "varied" than "Distintegration" - however emotionally the latter is just "it".
6

I had the same thought when I'd heard this piece of news!
7

Something else / Re: Currently Watching